There were about twelve of us, that I know of, who survived the Atomic bombs of both Hiroshima and Nagasaki – and the question that I am asked more than any other is this: do I feel lucky? Were the Gods on my side as I lived through the nightmare of not one, but two Atomic bombs? Or were the Gods merely playing with me as I scurried from the hell of
Hiroshima straight into that Seventh Circle of hell in Nagasaki?

In short, the crux of the question is: have I been blessed – or cursed? 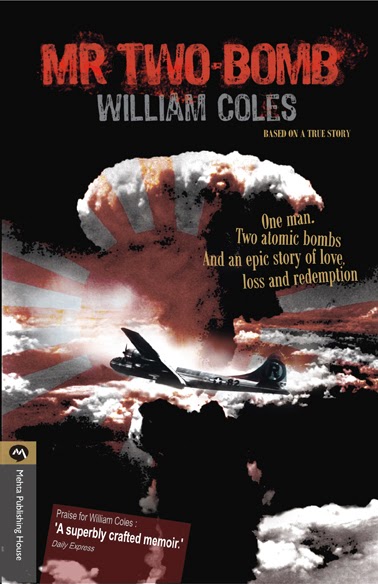 I understand how perplexing it is for these students of wisdom as they come to me in search of knowledge. On the one hand, it might be deemed unlucky in the extreme to have been in Hiroshima on 6th August 1945. Anywhere else on earth would have been preferable to being in that city on that brilliant blue morning. But to have survived Hiroshima and then to have travelled so unerringly to Nagasaki for a second dose of atomic radiation... that,  surely, must be considered ‘Unlucky – to the Power of Two’. And why not add the fact that Nagasaki was never supposed to have been bombed in the first place? That second bomb was originally destined for Kokura on 9th August; at one stage, the B29 bomber was directly over Kokura and within seconds of dropping its payload. But as it was, the clouds closed in, Kokura was saved and Bock’s Car turned South to drop its bomb on Nagasaki, where I had been waiting all of 90 minutes to meet my destiny.

So I appreciate that in many ways I might be considered unlucky.

I have, however, survived. I have pulled through. Not without injury, it has to be said. But I have lived to write my tale – and so, in that respect, I have had the most extraordinary luck. The bombs are how people best know me. The children on the streets would point me out and the name they gave to me was ‘Two-Bomb San’. With the passing of the years, it has
been shortened simply to ‘Two-Bomb’ – and I have come to like the name.

It is not the whole of what I am, but nevertheless those two bombs are what have come to define me. For what it is worth, this is what I believe to be true: I have been lucky. I would go further. I would say I am one of the luckiest men alive. And that is not just on account of having lived through those two bombs and come out the other side. For what I must also take into account is how those two bombs – Little Boy and Fat Man as they were called by the Yankees – have transformed my life, injuries and all.

This, by the way, is not an apology for the bombs. It is not an apology for the Americans; nor for the Japanese. It is not an analysis of the beginning of the war; nor an evaluation of
whether those two bombs brought the war to a speedier end. And it is certainly not to demean, or make light of the suffering of all the hundreds of thousands of victims and their families. Since the war, I have lived in several countries, including that of our old enemy, the Yankees. As a result, this account is not, perhaps, as solemn as many of the stories of the bombs.

But then, I am not a solemn person. There has been much misery in my life, but there has been much joy with it. And although I will never forget my days in Hiroshima and Nagasaki – indeed can never forget my days in those illstarred cities – I choose instead to count my blessings. Out of the ashes of Hiroshima and Nagasaki were to spring the most incredible shoots; not that I even remotely deserved them. Of all the Atom bomb survivors, or Hibakusha as we are known, there is not a single one who was not more deserving of happiness than myself. So every day now I give thanks for the great good fortune that has been thrust into my lap; and when I consider also the immense grief that came from those two bombs, I can only weep at the magnitude of my own joy.

There were so many heroes at Hiroshima and Nagasaki: great men and women who rose to the occasion and gave the very best of themselves; and children too, who without complaint
have struggled for decades to deal with their injuries. But I am not like that. I was never a hero and, though I survived both bombs, have never done anything heroic. Well – possibly the once; but even that was probably more animal impulse than a conscious act of courage.

The truth was that before the bombs, I was... I was a despicable human being. How you would have despised me! And had I thought to think it, I would even have despised myself.

Posted by Mehta publishing house at 11:26